Moderators: hamfactorial, LP, of the Fires

The Importance of Tables This Spoiler Season

Perhaps you're sitting at a bistro in downtown Paris when an incredibly hot French model walks up to you, hands you an unmarked manilla envelop, tells you in an equally incredibly hot French accent that “This never happened, mon amore,” and blends seamlessly into the crowd; perhaps you're choking down French fries at your local fast food repository, opening packs, when a card you don't, nay, can't recognize despite your encyclopedic knowledge of Magic cards falls out of the land slot. The question of how it happened quickly pales in comparison to what has just happened: you've gotten one of the few, choice spoiler cards for the upcoming Magic: the Gathering spoiler season!
Instantly, your brain,
no, your soul tells you what you must do, at risk of your life if need be: you must get this knowledge to the public, to your peers, to an anonymous internet forum! There, your life will finally come together: they will cheer your name, sings songs of your deeds, even try to help you get laid. All because Fate Itself has dropped this Golden Ticket of the Magic world in your lap.

Heed my warnings well, for many a person has been in your position before, and fallen through, to be crushed by the catcalls and cajoling of these same peers, called 'fake' and 'unplayable' all for want of one simple detail: what to put in the background of their shitty iPhone camera picture. So, before you present your priceless, precious find to the Magic community, please consider what you're really telling the millions and millions of people who will look at what is behind the card.

Easy there, slugger. There is no bigger trap on the internet than to take a picture of your hand, holding a Magic card. First off, you know what your hand has? Fingers. And you know what fingers have? That's right, fingerprints. Letting the world see your fingerprints is a big no-no as far as internet forum security protocols are concerned: not only can hackers use that
valuable print to take over your life and steal your parents, but every girl you ever ask out again will Google your prints and know what a huge nerd you are.
Besides, another thing you have to consider is that, since you have to hold the camera with one hand, you can only take the picture of one of your hands, and that's just opening yourself for a whole can of trouble. Does the card have a picture of an even moderately hot girl on it? Hell, in this social climate of loose sexual mores, does it have a picture of a guy on it? A dog? A squid-demon? Of course it does, it's a Magic card, and that means you will be asked thousands, and thousands, and thousands of times “what you're doing with your other hand, he he he”. True, even if it should be blatantly obvious to anybody with enough smarts to operate an internet machine that you're using your other hand to operate the camera, trust me, you will still get asked... if not in real life, every night in your dreams.
So even if you're being chased
by the Men in Black and you only have one chance to take a grainy, unprovable picture of your card, resist at all costs the desire to just reach up your hand and take the shot .. try to, I dunno, drop it on the ground or something, but make sure to keep your shoe out of the picture as well. You've finally gotten your card home, where you can take a nicely framed, on-center image of it at your leisure. Oh, wouldn't a nice, bright tablecloth be the perfect backdrop?
No, no it wouldn't. It immediately opens you up to two burning questions which will, ad hominem style, throw the validity of your card into suspicion: one, what are you trying to hide? Two, when did grandma get a preview card, and when did she learn to use her phone camera?

See, what you have to
understand is that a common tablecloth is nothing more than a device in self-flagellation: it is brought out once every few years, dragged out from its niche at the back of the linen closet (because only people who have linen closets have a tablecloth, and nobody owns more than one), and about ten seconds into the meal everyone remembers that using a tablecloth just makes every part of the meal harder, from set up to take down. It is then crammed back into the linen closet, and the cycle is repeated every few years ad nauseum until someone “accidentally” spills red wine on the poor thing and it's put out of its misery.
Thus, the only reason to pull the tablecloth out is to hide something, and let me assure you, people will wonder.. and what they come up with will invariably be much, much worse than whatever it is you were trying to cover up in the first place, and that suspicion will naturally make those same people question just
how real your card could be if the surface you're setting it on is so fake.
Besides, what better way to loudly proclaim “Hey, I still live with my parents!” than to show people that you have easy access to a tablecloth? I'm really not sure they even still sell those anymore.

Well, now, there can't be anything wrong with your kitchen table then, can there? It's where you play Magic, right?
To be fair, in a pinch, if you really have no options other than your hand or a tablecloth that's covering several suspicious lumps for your background, sure, go ahead and take a picture of your card on your kitchen table... that is, if you have no concept of what that whole “self-esteem” craze is that's sweeping the nation.
Remember, you're not only trying to prove that you have the card, but that
the card itself is real; the problem with a kitchen table is that everyone has them, and there's just no way a real, honest-to-Zeus spoiled card could be shown in such a lazy fashion. Hell, some people who have kitchen tables might smoke cigarettes, or drink, or even they might have tried marijuana at some point! Does that seem like the kind of class that would get a spoiled card? No, no it doesn't, and you should be ashamed of yourself... pothead. Take your dirty, mocked-up card back to whatever gutter you crawled out of. By now, you're probably getting a bit flustered, wondering if there's any surface magnificent enough to show off your spoiler card.
Heck, you've even see the so called 'pro' players use dining room tables to show off their cards, and if it's good enough for them, it must be good enough for you, right?
Well, let me put it to you this way: you know how, in any internet discussion, there's that one person who wants to suggest that, despite all evidence to the contrary, perhaps the card being spoiled isn't a fake?
Yeah, everyone hates that guy, it's not just you.
There you'll find the problem with the dining room table: you're trying too hard, and not in a good way like George Clinton, in a bad way like Barrack Obama. It makes you look needy, like you don't deserve the spoiler card, and at best you'll be criticized for having the spoiler card instead of, you know, the rest of us. At worst, people, people you know who aren't in any way related to your hidden shame of playing Magic, might recognize your table from their latest Neighborhood Watch alerts and turn you in...
spoiling privileged corporate information is a federal crime, you know.


So by now, if this article has done its job, you should be in a mouth-frothing rage, frustrated beyond all belief at the impossible task of showing off your prize. It seems like no one can be trusted.

Well, there is one sure way to have your card gain the sure attention it, and you, deserve. I hear this guy is pretty reliable, just take the picture with him holding it: 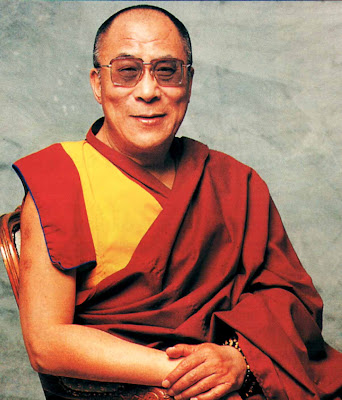 redthirst is redthirst, fifth Horseman of the Apocalypse. He was the leader of the Fires of Salvation, the only clan I'm aware of to get modded off the forums so hard they made their own forums.

Degenerate? Sure. Loudmouth? You bet. Law abiding? No ****ing way.

Great guy to have around? Hell yes.

This guy is really bringing the insight to the table
Top

I have much to learn.

Return to “Strategy and Theory”